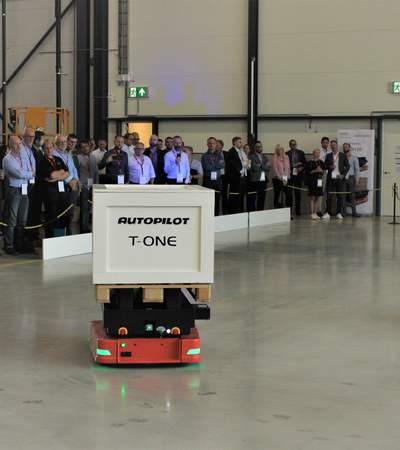 In September, Toyota Material Handling Europe launched a new autonomous vehicle at TMHNL in Ede. Around 70 people, mostly in sales, from 20 different countries spent a day from lunch to lunch to learn more about this new vehicle. The event kicked off with a CDI vehicle entering the Automation Dojo in Ede accompanied by fireworks and music. Then there was demo of an inbound and outbound flow, executed by 4 different types of autonomous TMHE vehicles, of course including the star of the show, the new CDI vehicle.